(The Conversation is an independent and nonprofit source of news, analysis and commentary from academic experts.)

(THE CONVERSATION) An almost invisible electronic device used all over the world – best known to much of the public for helping reunite lost pets and their owners, but also found in subway cards, electronic tolling, luggage tags, passports and warehouse inventory systems – has alarmed some evangelical Christian communities, who see in this technology the work of the Antichrist.

In a section of “A Billion Little Pieces,” my recent book about Radio Frequency Identification chips, also known as RFID chips, I investigate why these tiny items have, in some religious circles, become closely linked with the apocalypse depicted in the biblical Book of Revelation. The reasons are more connected with modern concerns than you might expect.

For starters, RFID technology is a method of wirelessly, digitally identifying objects – like luggage, cars or subway passes – that often does not require any internal power source. A small chip is inserted into or attached to an item to be identified – like a duffel bag or a toll pass transponder. It does nothing until it passes near an RFID reader, which can be a few inches away for passports, or several feet away as in highway toll barriers. The reader emits a specific radio frequency that activates the chip, which then transmits its digital identification code.

The chips, also called tags, are just about everywhere. About 10 billion tags were used around the world in 2018 alone. Retailers – especially clothing stores – are a potentially huge market that has begun to adopt RFID systems to monitor inventory and to prevent theft.

Many domestic pets are microchipped with RFID, encoding information that helps them reunite with their owners if they get lost. Some humans have also chosen to microchip themselves so their bodies can wirelessly communicate with identification systems – and that’s where the evangelicals get upset.

The Mark of the Beast

What does a chip implant have to do with the Bible? Believers see echoes of RFID chips in a short passage in the Book of Revelation:

“[The beast] causes all, both small and great, rich and poor, free and slave, to receive a mark on their right hand or on their foreheads, and that no one may buy or sell except one who has the mark or the name of the beast, or the number of his name.”

This passage is the origin of beliefs around what would eventually become known as the “Mark of the Beast,” a way to identify those who worship the Antichrist. More than 15 years ago, some evangelicals began linking RFID to the mark.

My research has found that they made the connection for two main reasons. First, when biohackers chip themselves, they typically put the RFID chip into the palm of one hand because it’s easy to wave that at sensors to open doors or process payments, and the scripture specifically mentions the mark on a person’s hand. In addition, some people have injected RFID chips containing credit card payment information, which calls to mind to the payment methods mentioned in the Bible.

These links spread in some evangelical communities throughout the 2000s, with many articles published on religious sites about RFID. The authors of a best-selling book about RFID and surveillance – “Spychips” – published an alternative version targeted at evangelical Christians that included added passages about the Book of Revelation. The main RFID industry publication even published a refutation of those claims.

In the years since, the connection between RFID and the mark has remained prominent. In 2017, a Wisconsin company offered to pay for its employees to get RFID implants – if they voluntarily chose to. The company’s Google business listing was flooded with more than 100 one-star reviews, many of which said it was a sin to use RFID as a form of identification or payment. Some of them were specific about what was wrong, saying the company was “doing the dirty work for Satan himself” and urging employees to “read your Bible. This is the first sign of the mark of the beast.”

Does it really matter?

It’s more than just a curiosity that evangelical Christians have linked RFID to the apocalypse. Evangelicals are a major force in American culture and politics, and their views on technology are often underreported.

In addition, they’re expressing concern about an increasingly ubiquitous technology, similar to objections raised by privacy advocates that have actually changed corporate policies in the past.

Most people probably don’t agree that RFID represents the Mark of the Beast. But the roots of that concern do raise interesting questions about the merging of human bodies and computing. The religious fear that every person might need to be physically tagged to pay for things and move freely shares a lot with the concerns expressed by more mainstream privacy advocates.

Finally, there’s something poetic about linking a tiny technology used to identify rescue dogs in a shelter to the Mark of the Beast. After all, there’s likely no more consequential type of identification than the differentiation of the damned from the redeemed.

This article is republished from The Conversation under a Creative Commons license. Read the original article here: http://theconversation.com/what-your-pets-microchip-has-to-do-with-the-mark-of-the-beast-114493. 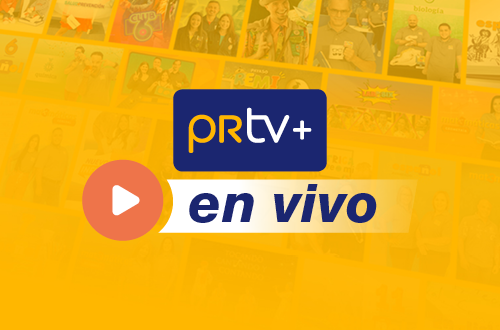